▲top
Michael Jackson was one of the world's most high profile celebrities and yet he endeavoured to live his private life in near secrecy. Here are 20 things you might not know about the King of Pop.

▲top
Jackson's fans have already been paying tribute to the King of Pop
Michael Jackson, one of the most successful pop musicians of all time, has died after suffering a cardiac arrest in his Los Angeles home. Jackson sold over 750 million albums in his sometimes controversial career.

The 50 year-old "King of Pop" was rushed to the nearby UCLA Medical Center, and County Coroner Fred Corral said he was unresponsive and pronounced dead soon after. Medical officers are now conducting an autopsy to check for toxicology or other problems - with results set to be published later on Friday.

Born in 1958 in Gary, Indiana, Jackson became a child star as a member of the Jackson Five. As an adult, Jackson moved on to a successful - and often controversial - solo career. This career peaked with his 1982 record "Thriller," which is the best selling album of all time.

In later life Jackson struggled with a series of court cases and allegations about his private life, damaging his career and his financial situation, but he reamined a popular character with an enormous fan base.

At the time of his death he had been preparing for a 50-concert run in London that was meant to rejuvenate his career, and secure his financial future.

In December, the group's single "I Want You Back" hits No. 1 on the Billboard Top 40 Chart.

1974: Introduces a dance step called the robot on "Soul Train." The step sweeps the country.

1978: Played "The Scarecrow" in the movie musical "The Wiz," alongside Diana Ross, Richard Pryor and Nipsey Russell.

1979: Jackson's "Off the Wall" solo album catapults him to superstar status.

1982: "Thriller" is released, eventually selling more than 100 million copies. It makes Jackson the biggest pop music star of the decade. The record becomes one of the best-selling albums of all time.

"Motown 25: Yesterday, Today, Forever," airs on NBC. After a memorable performance by "The Jacksons," Michael wows the crowd with a rendition of "Billie Jean," which included the jaw-dropping moonwalk.

1984: Jackson's hair catches on fire during filming of a Pepsi commercial.

1987: News reports say Jackson tries to buy the skeleton of the "Elephant Man." The album "Bad" is released and sells more than 8 million copies.

1988: Michael Jackson donates $125,000 from a concert at the Palace of Auburn Hills, Mich., and some personal memorabilia to start off a fundraising drive to preserve and improve the Motown Historical Museum.

1993: In his first TV interview in 14 years, Jackson tells Oprah Winfrey that the change in his skin complexion is from a disorder called vitiligo.

A lawsuit claims that Jackson seduced and abused a 13-year-old boy.

1994: Settles the lawsuit with substantial payment to the plaintiff. Los Angeles and Santa Barbara district attorneys don't file child molestation charges against him.

The Jackson 5 are inducted into the Rock and Roll Hall of Fame.

2001: The "Invincible" album is released with a respectable 2.1 million copies sold, but only two minor hits.

2003: Faces charges of child molestation. Posts $3 million in bail and throws up the "V" sign, while standing on a black Suburban, before leaving the courthouse in Santa Maria, Calif.

2004: Jackson pleads not guilty to child molestation charges in January.

2005: In June, Jackson was acquitted of child molestation charges.

▲top
By Sara Schaefer
The markets are in turmoil. Pretty soon we’re going to be waiting in bread lines and getting a job as a door sweeper. To help manage the stress, why not put on a soothing yet invigorating playlist of music that will lift your spirits? After listening to these songs, you will surely feel more confident about that house/car/bank/website you just bought.

Alternate title for this list: 20 Songs The Today Show Should Play Whenever They Do A Segment About Minding Your Money. (Also, please enjoy the assortment of amazing, and relevant, stock photos I found.)

18. Fields of Gold by Sting
I hear that gold is doing really well right now.

17. Take The Money & Run by The Steve Miller Band
You’re right on top of that Rose! (No one will notice the petty cash is gone - go on, take the money and RUN!)

16. Greatest Love Of All by Whitney Houston
You lost your house, your job, and you’re living out of your car. But at least you have the greatest love of all. You.

15. Can’t Tell Me Nothing by Kanye West
Maybe this song helps you escape into the egomaniacal fantasy land of Kanye West. Or maybe it’s a message about living beyond your means. Either way - make sure you look really indignant when listening to this on your morning commute.

13. Another Day In Paradise by Phil Collins
Don’t forget, the majority of people in the world have it a lot worse than we do. And that Phil Collins is a f*cking genius.

12. She Works Hard For The Money by Donna Summer
Do you think it’s easy giving thirty to forty hand jobs a day??? You better treat me right!

11. Every song by Jewel
She lived out of her car you guys. She KNOWS what we’re going through.

10. Tub Thumping by Chumba Wumba
The economy gets knocked down…but it will get up again.

9. More by Madonna circa Dick Tracy
Denial is sometimes your only option.

8. Working for the Weekend by Loverboy
You’re in a job you hate, but you can’t leave because you have no other options. Your wife just left you, and your son won’t speak to you. That risky investment you made in the futures market just bottomed out, and you can’t seem to enough cocaine. But I’m telling you…just get through the week - because WEEKENDS ARE REALLY A LOT OF FUN!

7. Show Me The Way by Styx
Take me tonight, to the river, and drown me so I can be freeeeeeeeee-eeeeee!!!

6. Man In The Mirror by Michael Jackson
Self-explanatory.

4. Come Clean by Hilary Duff
Sometimes you just want to escape to a simpler time. Liiiike when Laguna Beach was on and we had no idea who Spencer Pratt was.

3. Mo’ Money Mo’ Problems by Notorious B.I.G.
IF Mo Money = Mo Problems, THEN, No Money = No Problems. You’re welcome. They don’t call me Sara “Good Will Hunting” Schaefer for nothin’.

2. Chariots Of Fire Theme
Investing in the stock market is a marathon - not a sprint. Remember that.

1. My Little Buttercup by The Three Amigos
Because there’s never a time when this song ISN’T helpful. Though playing this on loop while drinking alone staring at a loaded pistol is not advisable. 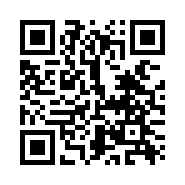