MADONNA is back with her new album Confessions on a Dance Floor and it is an amazing album and one of her best!


HUNG UP - This is the first single off of the new album and is a huge hit in the clubs. The song has a sample from ABBA's song Gimme Gimme Gimme (which I have never heard) and has MADONNA singing about someone she is hung up on. The song has a very great groove and it's definitely the most commercial song on the album. With the chorus line "Every little thing that you say or do I'm HUNG UP, I'm hung up on you." and lines like "Ring , ring, ring goes the telephone, the lights are on but there's no one home" the song gets stuck in your mind and you find yourself singing these catchy lines. No Madonna song has as catchy lines since "INTO THE GROOVE" which had Madonna sing "At night I lock the doors and no one else can see". Very strong single that will keep the dance club crowd on there feet.

GET TOGETHER - This is a great up- beat song (inspired by Stardust - Music Sounds Better With You) with a very laid back trance like feel to it. The song has Madonna singing to a person she really likes asking "Do you believe in love at first sight?" Even if it's an illusion she states she don't care. "Can we get Together? I really, I really want to be with you. Come on check it out with me, I hope you, I hope you feel the same way too." Put some head-phones on and close your eyes and the Great retro dance beat along with the trance feel take you to another world.

SORRY - This is rumored to be one of the new singles from the album. Madonna sings "I don't want to hear, I don't want to know please don't say your SORRY." to someone she is probably never going to forgive. The songs chorus sounds similar to the bass line from The Jackson's' 1981 hit Can You Feel. Sure to be another huge club and commercial hit.

FUTURE LOVERS - This is one of my favorite songs on the album. This song also has a retro vibe to it with another trance like feel. This song has a lot of stuff going on musically and it is inspired by Giorgio Moroder/I feel Love by Donna Summer. The song has some spoken vocals for the first minute and a half, then it breaks out in to this awesome dance song. She sings "In the evidence of it's brilliance" talking about love. This song is going to be HUGE in the clubs.

I LOVE NEW YORK - Great dance song that has MADONNA telling us how much she loves NEW YORK and hinting towards George Bush and his home state. Singing, "If you don't like my attitude then you can just f off. Just go to Texas, isn't that where they golf." Very awesome dance song with a very punk rock feel to it. This is also rumored to be a single off of the new album.

LET IT WILL BE - this is a song that has a raw feel to it with a funky house groove and a retro 80's feel to it. This song sounds similar to the string opening (played on a synth) from her own song PAPA DON'T PREACH. This song has MADONNA singing lines like "Now I can tell you about success, about fame, about the rise and the fall, of all the stars in the sky, Don't it make you smile? Let it will Be. Just let it be. Won't you let it be?"

FORBIDDEN LOVE - This is one of the slowest dance songs on the album and one of the most beautiful. The song has computer generated, and vocoder style vocals and has another 80's feel to it. The song is the closest thing to a ballad on the album. MADONNA sings "Once upon a time there was a boy and there was a girl. Hearts that intertwined they lived in a different kind of world. Forbidden Love are we supposed to be together? Forbidden Love we seal are destiny forever."

JUMP - This is one of my other favorite tracks on this album. This song has a great beat and classic MADONNA vocals. This is one song that will make the club crowd JUMP and remind anyone of classic MADONNA. Madonna sings " We learned our lesson from the start my sisters and me. The only thing you can depend on is your family. Life's gonna drop you down like the limbs of a tree. It sways, and it swings and it bends until it makes you see. Are you ready to jump? Get ready to jump. Don't ever look back oh baby. Yes I'm ready to jump. Just take my hand, get ready to... are you ready?" This would be a great single and in some countries is expected to be released as a single.

HOW HIGH - This song has a great beat to it and is another song that has computer generated, and vocoder style vocals. This is a song that has lyrics (similar to "Drowned World/Substitute For Love) about Madonna analyzing and evaluating her fame and success. She sings "How HIGH are the stakes? How much fortune can you make? Should I carry on? Will it matter when I'm gone?" Another great song!

ISAAC - This is another beautiful song on the album. Despite the early controversy this song has spawned, this is s song that has a very beautiful Jewish chant with strings and guitars that envelope you and take you on an emotional journey. This has some of the most beautiful lyrics MADONNA has ever wrote. She sings "Wrestle with your darkness. Angels call your name. Can you hear what they are saying? Will You ever be the same?" People may not like this song because of the spiritual vibe, the Jewish chant, and because it is different, since some people don't like things that are different. I love this song!

LIKE IT OR NOT - This is another great song influenced by her own cover of her hit FEVER. This is for all those people who for what ever reason don't like MADONNA and always put her down. She once again analyzes herself and says, like it or not this is who I am. She sings: "You can call me a sinner, you can call me a saint. This is who I am, You can like it or not, You can love me or leave me, But I'm never going to stop." Awesome song and some great advice from a strong women who just keeps going on her journey no matter what people think of her. Cleverly this last song closes this beautiful future-disco album with an acoustic guitar.

I have to say it's very sad to see some of these reviewers post reviews about how much they hate Madonna or like other artists better. The reviews they write have nothing to do with Madonna's new album and yet they give her 1 star all because they don't like her. After reading the reviews I can tell most of them have not even heard the album because the reviews they wrote are so far from what the songs are about. I guess MADONNA is still a huge threat to them and they have to post such hateful things about someone they don't like all because she is MADONNA. In a MADONNA like fashion I will not get bitter toward them, I will forgive them and ask that God Blesses each and every one of them.

And should any of you good people out there be the target like MADONNA and find yourself the victim of other people's bitterness, ignorance, smallness or insecurities; Remember, things could be worse. You could be one of them!


MADONNA once again leads while the rest will follow. This is the best MADONNA album since RAY of Light! 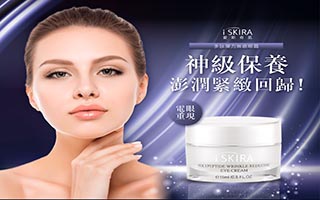 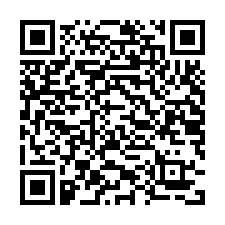