Ashura, the 10th of Muharram is a holy day for Muslims and especial day for Shi'a. This day is a remarkable day of Muharram in Islamic calendar, the day of mourning for the martyrdom of Hussian the son Ali and the grandson of Muhammad in the unequal battle of Karbala in the year 61 (AD 680).

Hussain was the son of Prophet Muhammad's daughter Fatima in which Muhammad said: Hussain is from me and I am from Hussain, may God love whoever loves Hussain. Apparently Hussain with his 72 colleagues whom were all from his own family and relatives killed in the battle took place in Karbala in the land of Iraq on the shore of the Euphrates River.

Ashura is a fasting day for Sunni Muslims; they cook food such as Nazr and distribute it to their neighbors and poor people. In Afghanistan, Sunni take this as a holy day; they respect and believe in the sacrifice of Hussain, the grandson of Mohammad.

Last year Ashura was a bloody day in Herat, the ceremony turned to violence and killed tens of people. This year in all circles and Takyakhana where the people hold the ceremony they were taking tight security measures.
This year in Ashura, the priests of both sides, Shi'a and Sunni, had speeches including the government authorities, legislators, leaders and President Karzai.

As you see in the video, people are beating on their backs, shoulders and chests with sharp knives at the end of chains. They make bloody like, slaughtering to show their feelings in Ashura and Hussain's martyrdom. Although making bloody is banned from Shi'a Muslim leaders but this still goes on and never stopped. This is not only for the people in Afghanistan but different countries like; Pakistan, Iraq, Palestine and Iran.

I got a chance to ask questions of a few of them - why are they beating and making bloody.
A young man said; I have wishes to gain, before I bloody myself I have reasons for that. When I asked him to tell me what your wishes, he to me; is I want to get marry, I don't have money.

Another told me I am not using chains with the sharp knifes at the end because I last year I did in order to get the result but I didn't.

Some people believe using chains with the sharp knifes at the end is a passion more than mourning on Husian and his 72 colleagues sacrifice. Many get naked in public and want to show their body and arms. Some times if you asked them the reason they will give you no reason except their personal nonsense beliefs. 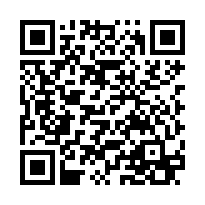