Claims Michael Jackson ;had a secret girlfriend; as funeral announced for Tuesday
By Mirror.co.uk 2/07/2009

Michael Jackson had a secret long-term girlfriend and fell victim to a series of unscrupulous private physicians, his British former bodyguard claimed today.

Matt Fiddes, from Barnstaple, Devon, who was introduced to the pop star around 10 years ago by psychic Uri Geller, said there was "someone special" in Jackson's life, but refused to identify the mystery woman.

He told Sky News: "I'm not going to name who she is but I think the family were aware that there was someone special in his life who he loved and adored and had his ups and downs with.

"I don't know how long they've been a couple. I know she's been with him for some time in different capacities but...it's up to her if she wants it to come out or the family to speak about this very private information."

The 30-year-old martial arts expert blamed the singer's death last Thursday on doctors who had supplied him with unnecessary medication, claiming they had "blood on their hands".

He also described how he and Geller tried to hide drugs and syringes from Jackson.

Fiddes said: "I never witnessed him actually taking drugs but I knew they were there and I confiscated packages, and Uri did too.

"And Uri confiscated injection equipment from his room ... Uri would scream at Michael, you know, intensely, to stop doing this but we were getting pushed out.


"The doctor had such an influence over Michael that we felt our efforts were falling on deaf ears.

"As far as I'm concerned they have Michael's blood on their hands, they know what they've done and there's people out there who could have helped, could have stepped in but didn't do for financial reasons.

"We went to great efforts to keep the doctors away. But as soon as we said anything and it gets back to Michael, Michael would have a screaming fit that we were interfering with his private life, that he knew what he was doing and he was in denial."

Fiddes said on one occasion the animal-loving star was so drowsy he missed out on a trip to London Zoo.

He said: "Michael had been sedated the night before and just wouldn't wake up. Uri went into his room - and was screaming at Michael.

"We were worried. We were shaking him, saying: 'Come on - wake up.' Uri was saying: 'What are you doing? Have you taken something?' Then he came round drowsy - and said he was jetlagged. He came round, but not enough to take him to the zoo. Uri had to make up an excuse for him."

Further details are yet to be confirmed but the Staples Centre in downtown Los Angeles - the home of basketball team the LA Lakers - has been suggested as a possible venue. I it is owned by AEG Live, which was promoting the star's 02 concerts in London.

If the service is held there, television screens could be erected outside the venue for fans to watch. 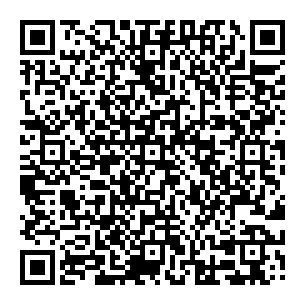