As Jacko celebrates his 50th birthday, we present a 'fact' for every year he's been alive. Read on to learn how Michael never actually slept in an oxygen tent, how he tried to patent his Smooth Criminal dance and how we've not given up on 'hilarious' cookery puns yet. Who's bad?
* guardian.co.uk, Friday 29 August 2008 12.43 BST

Michael Jackson poses with his pets in 1983

'This is such a weird picture,' thought Michael. 'I mean, what was I thinking wearing a red cardigan?' Photograph: Rex

1. Michael Jackson filed a patent application for the "leaning forward a bit" dance moves displayed in the Smooth Criminal video.

2. The book Michael Jackson Was My Lover features a picture that – purportedly – depicts Michael Jackson's cock. In the picture, it resembles a plump mushroom.

3. The Moby remix of Beat It was quite good.

4. American rap act Plastic Little have a single called Cheap Thrills coming out quite soon – it's based around Herve's club track of the same name and comes with a massive Thriller sample in it. The song is, for the avoidance of doubt, quite brilliant.

5. It is possible to recreate the seminal "Jacko stamping and holding on to trees" finale of the Earth Song video in any doorway.

6. Mark Ronson once admitted that, years ago, he tried to watch pornography with Michael Jackson. Sean Lennon was there too.

7. In their Calvin Harris-produced but not-as-big-as-Michael Jackson Dance Wiv Me track, the Mitchell Brothers noted that "the only thing missing was the glove. But that didn't stop me strutting my stuff, Kick my legs out, clutch me hat".

8. When Michael Jackson released Liberian Girl, Smash Hits magazine went out on to the streets of London to see if Your Average Punter could locate Liberia on a globe. One of the people they bumped into was the Rebel MC.

9. Rod Temperton, who wrote a load of Thriller, is from Cleethorpes. Other famous people to have come from Cleethorpes include the actress Patricia Hodge and the bassist from Saxon, neither of whom have written songs for Michael Jackson.

10. The flute on Wanna Be Startin' Somethin' was played by Larry Williams. The "mama se mama sa" business in the song was recently sampled by Rihanna (on Don't Stop the Music), although when Michael included those lyrics in his own version he ended up being sued for copyright infringement by Manu Dibango, and settled out of court.

11. Invincible cost $30m to make, putting the unit cost of each copy sold at $30m (ok, so it didn't really only sell one copy but it was hardly the big seller some were hoping for, along with the Spice Girls album Forever, which set Rodney Jerkins's career back a bit.)

12. When Michael is shopping in France for ingredients to make an omelette, he doesn't stop 'til he gets un oeuf. When he gets the egg home, he beats it. Other things he can cook include rock cakes with you, hummus nature, and she's outta my loaf.

13. Michael Jackson often carries an umbrella. He likes to be in the shade.

14. He is family, he's got all his brothers with him. One of Michael's brothers is called Tito. Tito was a member of the Jackson 5 with Michael, Jermaine, Jackie, Marlon and Randy.

15. One of his brothers is called Jermaine. Jermaine was a member of the Jackson 5 with Michael, Tito, Jackie, Marlon and Randy.

16. One of his brothers is called Jackie. Jackie was a member of the Jackson 5 with Michael, Jermaine, Tito, Marlon and Randy.

17. One of his brothers is called Marlon. Marlon was a member of the Jackson 5 with Michael, Jermaine, Jackie, Tito and Randy.

18. One of his brothers is called Randy. Randy was a member of the Jackson 5 with Michael, Jermaine, Jackie, Marlon and Tito.

19. He also has a sister, called LaToya. LaToya was not a member of the Jackson 5 with Michael, Jermaine, Jackie, Marlon, Tito and Randy.

20. There's another sister, called Janet. Janet is a popular singing artist too, although her last few albums have been rubbish.

21. His age, incidentally, is 50. Hence these 50 amazing facts. Other singers to be 50 this year include Madonna, Prince, Kate Bush and Ice-T. If one were to put them in order of who had grown old the most gracefully, Michael would be one place below Madonna.

24. Michael has covered songs by the Beatles (Come Together), Floetry (Butterflies) and Jackie Wilson (Lonely Teardrops).

25. Back in the kitchen, other things you'll find in the Jacko larder include cherry bakewell my summer love, flan in the mirror, and you are not a scone. He also likes to sprinkle his meals with herbs, although this only works if he remembers the thyme.

26. He didn't actually sleep in an oxygen tent, that was made up.

27. Jacko once phoned Adam Ant to ask him where he got his jacket from, but Adam Ant thought it was one of his mates taking the piss and hung up. Hung Up was a 2006 hit for Madonna. Coincidence?

31. Joseph was sometimes a bit mean to his kids. On one occasion he donned murderin' burglar "attire" and broke into Michael's bedroom while Michael was asleep, to teach him a Very Important Lesson about not leaving the window open. Joseph Jackson did not hold any truck with the concept of "it being a bit stuffy".

33. The old child abuse business kicked off on the weekend of the Reading festival. Headlining act New Order changed the lyrics of True Faith to "when I was a very small boy, Michael Jackson played with me". For the avoidance of doubt we should point out that Michael Jackson never sexually abused mild-mannered New Order frontman Bernard Sumner.

34. Thriller has sold in excess of 12 copies. In fact, Wikipedia reckons it's sold between 47–108m copies worldwide, which proves that you can't trust Wikipedia when it comes to counting.

36. Thriller opens with the words, "Due to my strong personal convictions, I wish to stress that this film in no way endorses a belief in the occult".

37. Even to this day, the bit in Thriller when Michael looks up and growls "RUN AWAY!!!!" will still make you shit yourself. Bonus fact: the Thriller video is the last recorded instance of Michael Jackson looking really hot.

38. Michael likes to be called The King of Pop.

39. The best-ever Jacko-related imagery does not, in fact, feature Michael Jackson: it is a photograph of an over-emotional woman releasing a white dove when he was acquitted in 2005. A DOVE! Michael Jackson fans are notoriously loopy.

40. Michael was friends with Macaulay Culkin. Culkin shot to fame in Home Alone, a film about a pre-teen boy plagued by grown men forcing their way in round the back. (One intruder gets his hand burnt on a knob.)

42. Punchlines to Michael Jackson jokes include "when the big hand touches the little hand" and "you're scared? I'm walking home alone!".

43. Quincy Jones – quite a good producer.

44. One of the best songs to sample a Michael Jackson song is SWV's Right Here, which nicks a bit of Human Nature. Another song to sample Human Nature is Jason Nevins and Holly James's I'm in Heaven.

45. The best ever Michael Jackson song is Man in the Mirror.

47. You can say what you like about Michael Jackson but if, tomorrow, he announced that he'd be at the O2 Arena performing Thriller in its entirety with a hundred dancers and a big smoke machine you'd be there like a shot.

48. EXCLUSIVE FACT!!! The Streets' Mike Skinner's favourite thing about Michael Jackson is: "There was this session bassist who did a show at Edinburgh, just talking about his life and experiences, and he told a story about how he was booked to play some stuff on a Michael Jackson album. Michael wasn't in the studio, but between takes the producer would look to one side in the control before saying yes or no … It turned out he was taking his cues from Michael Jackson, who was hiding under the mixing desk." Bonus fact: Mike Skinner cannot believe that Michael Jackson is 50.

49. Back to Jacko's kitchen. Other things you'll find there include rockin robin, some off the Wall's ice cream, wanna be apple tartin' somethin', and the girl is mince. You'll also find a little red courgette – he borrowed that from Prince. 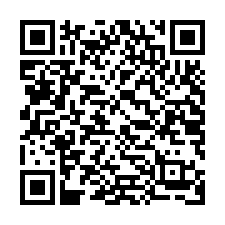