Alicia de Larrocha
Alicia de Larrocha, the Spanish pianist, who died on September 25 aged 86, excelled in the classical repertoire of Haydn, Mozart and Chopin while giving credibility and a world stage to composers from her homeland.

Her virtual monopoly on the works of the Spanish composers – notably Isaac Albéniz's Iberia, Enrique Granados's Goyescas and Manuel de Falla's Nights in the Gardens of Spain – meant that few other pianists could go near them without drawing unfavourable comparisons. But it brought to those composers recognition and appreciation far beyond the Iberian peninsula.

She was one of the few international women pianists to bring a feminine approach to the keyboard. Although capable of generating a powerful sound, her phrasing was delicate and clear. Her most nimble and bright interpretations were in the music of Mozart, whom Edward Said once described as "a feminine composer".

That said, in her younger days Alicia de Larrocha was no stranger to the masculine warhorses of Beethoven, counting all five concertos in her repertory as well as the great works of Tchaikovsky, Liszt and Brahms. As she gradually tired of touring and grew to appreciate her home life (she often regretted leaving her son when he was one month old for an international tour), so she increasingly enjoyed the intimacy of the chamber music repertoire. It was fitting that her New York farewell six years ago was with the Tokyo String Quartet rather than a full-blown orchestra.

Some called her a female Vladimir Horowitz, identifying their mutual gentleness and serenity. It was a label that she firmly rejected, but after the mercurial pianist's death in 1989 she used his Steinway to make some recordings; she also noted that they shared a similar problem with the size of their hands. "Mine are so small, and his were so large," she commented. "It was the same problem, but from a different side."

As a child Alicia de Larrocha had displayed prodigious talent, but fortunately she had been held back by her mother's wise counsel, enabling her career to unfold gradually and thus avoid the burnout that has marred the lives of some promising young musicians. As a result she developed a glorious, well-polished and individual tone that brought glowing reviews and ecstatic ovations.

Another consequence of this slow start was that she remained a relative unknown until her mid-thirties. Nevertheless, she later achieved a rare degree of popularity among classical artists; in the 1970s, 1980s and 1990s barely a season would pass without her filling both the Royal Festival Hall in London and Carnegie Hall, New York. As Herbert Breslin, her American publicist, recalled: "She was not particularly glamorous, and she was rather shy. But by God she could play the piano."

When not engaged in solo recitals or concerto performances, Alicia de Larrocha was a regular recital partner of her fellow Catalan, Victoria de los Ángeles, whom she had accompanied when the singer won a radio competition as a teenager. Her other notable duo partner was the cellist Gaspar Cassadó.

If she tired of being associated with the Spanish repertoire, she did not let it show. "I never specialise," she told Gramophone magazine with a smile in 1973, "it's just what people want to hear from me." To those who felt that the Spanish composers, with their seemingly freer rhythms and sounds, fell outside the strict Western interpretation of classical music, she had a firm answer. "If you can't play Bach correctly, you can't play Spanish music," she insisted, adding: "The Spanish style is like Chopin Mazurkas – free in the melody, but solid at the bottom."

Alicia de Larrocha y de la Calle was born in Barcelona on May 23 1923. Her mother and a piano-teacher aunt were both pupils of Granados, who was killed in 1916 when a ship he was sailing in was torpedoed by a German U-boat. On one occasion Alicia's jealous father tore up her mother's autographed photo of Granados in a furious rage. By the age of two young Alicia was picking out Grieg's To Spring from the Lyric Pieces after hearing a student play it for her aunt's lessons; family legend was that Alicia was so determined to be allowed to play the instrument that to get her own way she banged her head on a piano until it bled. She was barely three when the aunt persuaded a reluctant Frank Marshall, a teacher of English descent, to offer her niece lessons in Barcelona. He in turn banned his protégée from performing Spanish music before the age of 15, saying that she must first be well-versed in the classics.

Her first public appearance was at the age of five and her first orchestral appearance – in the Mozart Coronation Concerto in Madrid under the septuagenarian Enrique Fernández Arbós – was at the age of 11; but it was not until after the Civil War – during which her father was often forced to scavenge for food – that there were more than a handful of concerts a year; she made no foreign appearances until 1947. Indeed, as a child Alicia's ambition had been to enter nursing or medicine. Meanwhile Artur Rubinstein, whose career began in Spain and whom she first met when she was a child, was her musical idol.

Her first visit to America, in 1955, received reasonable reviews, but nothing that enticed promoters to invite her back. Burying any disappointment, Alicia de Larrocha turned to teaching at the Marshall Academy in Barcelona (where she became director in 1959) and bringing up her family. But a decade later – and by now in her forties – Alicia de Larrocha was persuaded to appear with the New York Philharmonic and to give a recital. The result was electrifying; American concertgoers could not get enough of this reserved, diminutive Spanish pianist. Soon she was spending much of the year on tour.

In London, which she first visited in 1953, she belonged to a select stable of pianists that included Shura Cherkassky and Moura Lympany managed by Ibbs & Tillett, receiving careful if not high-profile promotion. A review in The Times in 1956 described her as "a high spirited and vivaciously imaginative player, who found her way about the piano with considerable fluency and assurance". Others spoke of her "needle-sharp clarity" and "clear textures". She appeared at the Proms with Bernard Haitink, but it was her recitals that became hot ticket events.

Her tireless dedication to Spanish composers extended further still. A recital of Mozart, Liszt and Chopin was likely to include some little-known miniature or encore by Joaquín Turina, Carlos Surinach, Xavier Montsalvatge or Oscar Esplá – or even the Baroque master Antonio Soler.

Nor was Alicia de Larrocha immune to a bit of fun. In 1975, to support the International Piano Library in New York, she and Gina Bachauer dressed as 18th-century schoolgirls in a gala concert in London featuring 12 pianists, including Victor Borge, John Lill and Jorge Bolet.

She also found that being a touring pianist had its complications. In 1995 she told The New York Times how on one occasion in France she was staying in a suite with a piano when a bouquet of flowers arrived from a neighbour with a card saying: "Please play louder. I want to hear you." But another time, in Zurich, her practicing led to a visit from the police. "On Sundays, it's forbidden to make any noise," they told her.

Some years earlier, in 1968, her career was almost ended after she trapped her thumb in the door of a taxi. She recovered, but not before losing several months' engagements.

While her many recordings – notably on Decca and RCA – naturally featured the Spanish works with which she was so indelibly associated, her legacy on disc is far broader, including a breathtaking account of Rachmaninov's fearsome Third Piano Concerto with André Previn and the London Symphony Orchestra. When Radio 3 broadcast a Spanish week, Alicia de Larrocha was inevitably at the forefront of its output. Among her many honours were four Grammy awards and the Spanish National Assembly's gold medal, presented by King Juan Carlos.

Alicia de Larrocha retired from the concert platform in 2003 at the age of 80. Age had been affecting her ability to stretch her fingers, meaning that she could now barely reach a ninth on the keyboard. Two years ago she broke a hip.

In 1958 Alicia de Larrocha married her fellow pianist, Juan Torra, who gave up his career to look after her management. He died in 1982. She is survived by a son and a daughter. 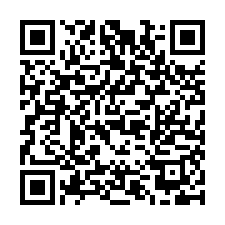