details of Michael Jackson's post mortem have been revealed showing he was fairly healthy before he died.
The pop star died of a heart attack in June, and had large amounts of prescription drugs in his system.
According to the report, the singer's heart was strong but he did have puncture marks on his arm, scars on his face and tattooed eyebrows and lips.
The Associated Press reports that his weight was in the acceptable range for a man of his height.
The singer also suffered from lung damage and some arthritis.
Jackson's death was ruled as homicide caused by a powerful anaesthetic.
The Los Angeles coroner disclosed in August that Propofol and the sedative Lorazepam were the "primary drugs responsible for Jackson's death".
Advertisement
The drugs were administered by Jackson's physician Dr Conrad Murray, and the verdict has been considered likely to increase the chances of criminal charges being brought against his doctors.
According to the document, Jackson's most serious health problem was his chronically inflamed lungs, but that was not serious enough to be a contributing factor to his death.
It also reveals he had a number of scars on his body, including behind his ears and beside each of his nostrils.
It's though they were caused by cosmetic surgery, while others, including on the knee, were likely to have been created by medical procedures.
The document also states that the singer was bald at the front of his head and had what appeared to be a dark tattoo stretching across his head.
The full autopsy report has yet to be officially released to the public.

AP Exclusive: Autopsy shocker: Jackson was healthy
LOS ANGELES – Michael Jackson's arms were covered with punctures, his face and neck were scarred and he had tattooed eyebrows and lips, but he wasn't the sickly skeleton of a man portrayed by tabloids, according to his autopsy report obtained by The Associated Press.

In fact, the Los Angeles County coroner's report shows Jackson was a fairly healthy 50-year-old before he died of an overdose. His 136 pounds were in the acceptable range for a 5-foot-9 man. His heart was strong with no sign of plaque buildup. And his kidneys and most other major organs were normal.

Still, Jackson had health issues: arthritis in the lower spine and some fingers, and mild plaque buildup in his leg arteries. Most serious was his lungs, which the autopsy report said were chronically inflamed and had reduced capacity that might have left him short of breath.

However, according to the document, the lung condition was not serious enough to be a direct or contributing cause of death.

"His overall health was fine," said Dr. Zeev Kain, chairman of the anesthesiology department at the University of California, Irvine, who reviewed a copy of the autopsy report for the AP. "The results are within normal limits."

Kain was not involved in the autopsy. The full autopsy report has not been released publicly, but the AP obtained a copy.

Jackson died at his rented Los Angeles mansion June 25 after his personal physician, Dr. Conrad Murray, administered the anesthetic propofol and two other sedatives to get the chronic insomniac to sleep, court documents state. Propofol, normally a surgical anesthetic used in operating rooms, acts as a respiratory depressant and requires constant monitoring,

Murray told police he left the room to use the bathroom and phone records show he also made calls for 47 minutes around the time Jackson encountered problems. When Murray realized Jackson was unresponsive, he began frantic efforts to revive him, but Jackson never regained consciousness and was declared dead at the University of California, Los Angeles Medical Center.

The coroner's office announced last month that Jackson's death was a homicide caused by "acute propofol intoxication," with the other sedatives listed as a contributing factor. They said the standard of care for administering propofol was not met and the recommended equipment for patient monitoring, precision dosing and resuscitation was missing.

Murray is the target of what Los Angeles police term a manslaughter investigation. The decision on criminal charges will come from the Los Angeles County district attorney's office. Murray has been interviewed twice by police.

Except for a brief video posted to YouTube, Murray has not spoken publicly since Jackson's death. In the video, he said: "I told the truth and I have faith the truth will prevail." Murray's attorney, Edward Chernoff, previously has said nothing Murray gave Jackson "should have" killed him.

Jackson was declared dead a little more than two hours after paramedics were called. Evidence of the desperate struggle to save the star were evident on his body. He had chest bruising and cracked ribs from CPR, and a mechanical device known as a balloon pump was inserted into his heart to try to restart it, according to the autopsy report.

Jackson's body was taken by helicopter to the coroner's office where the following morning Chief Medical Examiner Lakshmanan Sathyavagiswaran and Dr. Christopher Rogers carried out an extensive review and ordered a toxicology screening to look for drugs in his system.

Aside from propofol and the sedatives, the only substances found in his system were the local anesthetic, Lidocaine, sometimes used to numb injection sites and ephedrine, a commonly used resuscitation stimulant.

No other drugs — legal or otherwise — were detected, nor was any alcohol.

Kain said he was surprised that three other sedatives, known as benzodiazepines, were present with propofol. Anesthesiologists sometimes mix one "benzo" with propofol to help put a patient under, but using three increases the danger for the patient.

"People don't mix the benzodiazepines together because they interact with each other and increase the risk of respiratory arrest," Kain said, adding it was likely Jackson first stopped breathing and then suffered cardiac arrest.

The autopsy findings cut off a potential defense for Murray — that Jackson hid serious pre-existing conditions that increased the risk of death from the drugs he willingly took. Even if he did hide a condition such as his weakened lungs, a prosecutor could argue Murray should have detected the condition before administering drugs, said Michael Brennan, a clinical law professor at the University of Southern California who specializes in criminal defense.

At the time of his death Jackson was preparing for a series of comeback concerts in London. Rehearsals were rigorous and there were questions about whether Jackson would be physically able to hold up.

But aside from his lungs, the autopsy report did not identify any serious physical problems that might have limited Jackson's ability to perform. It also provided details about his physical state from head to toes.

Kain said most of the scars appeared to be from plastic surgery though others, like a scar on the knee, could have been from a medical procedure.

The medical examiner found numerous punctures on both arms and on a knee and ankle. The leg punctures could have been from intravenous therapies not described in the autopsy report, Kain said.

Jackson had several tattoos, all them cosmetic, including dark tattoos in the areas of both eyebrows and under his eyes, and a pink tattoo around his lips.

He was going bald at the front of his head, with his remaining hair described as short and tightly curled. The bald part of his scalp was darkened with what appeared to be a tattoo stretching across the top of his head from ear to ear.

The coroner found depigmentation of his skin around his chest, abdomen, face and arms. 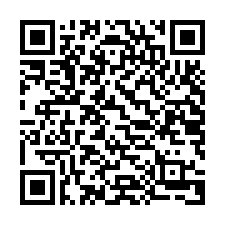