Q = Jackson family has come out publicly and said that these tracks are fake and they are not indeed Michael Jackson . We said let's call Teddy he'll know.
TR = This is my first interview about this topic. Take everything I say seriously. I have been a real friend to Michael Jackson, this record is coming out tomorrow and I'm still haven't gotten paid for this project. Because I did it for Michael Jackson. Not for Sony. Not for the family. Understand what I'm saying and you can read between the lines. Everyone including who we are talking about is bickering and fighting over Michael. It's unimportant, the important thing is to have his legacy going. These vocals are Michael Jackson. All of the people who have been in the studio with Michael for 20 years all the professionals and musicologists went in and they all say it's Michael including me. We worked with Michael, we have been in the studio with Michael. There has been times when Michael didn't even want to be around family and friends. So read between the lines. None of them have been in the studio with Michael for 25 years. None of them. Everyone - exclude Sony - all the people stayed with Michael like Michael Franks who is Michael's right arm like Brett Boxter the guy who always records Michael. All of these people knows Michael's voice. I'm called the finisher because I'm always called at the end of the projects. Michael called me at the end of Invincible. I was called in the end of History including Dangerous I was called in the end and wind up having doing 40-50% of the album. I'm called at the end of every project and I was called at the end of this project because some of the producers that worked on this project had never worked with Michael so they couldn't really figure out what Michael really wanted. They were doing remixes. So when you hear this record you'll hear the records that I worked on. All of a sudden my records that's being scrutinized. It's Michael. And the person who is really trying to stir this up is JM. He challenged me on this record. He is the head of the estate and he challenged me because I said I can't work in this studio I'm not comfortable and I when I left the studio he assigned another producer to mix the same songs that I have worked on and my songs beat him. Now all of a sudden it's not Michael's voice why? Because his songs didn't make it.

Q = So this is a smear campaign
TR= yes it is and the thing is they will lose. Take Sony, take us all, let's go to court. Let's put it on front street and everything the family the estate will be on the front street. And all the truth will come out and you'll see who is right and wrong. It's been going on so long. Michael is the greatest entertainer, greatest person in the whole wide world why would you want to do that to your family? Let the legacy live.

Q= what is your take on the album being released?
TR= My take is keeping the legacy going. How would we keep Michael Jackson the greatest going if we don't have anything. Now I heard 50 records with my own ears. What he would do is go record the first verse and the chorus and he wouldn't do a second verse just to get the idea going. So the next album coming you know I don't want to say too much but the next album coming is a duet album that's gonna be with a lot of great artists because he only did the first verses. It would be great artists with substance. It would be artists that are very creative and great. And I'm going to be a part of that because of my contribution. Even to this album my contribution to this album is not for Sony is not for anyone it's for Michael. The proof is in the pudding I didn't even got a contract. I promise you. They'll streaming it tomorrow. and people will tell you I came on this project because of Michael not anyone else. So when this gentleman told me to come to this project and don't worry it was for him to put his name on my records.

Q= I take you have your attorney's on for tomorrow?
TR= No question. My attorney is the greatest attorney in Atlanta (Joel Katz) so I'm not worried about anything he's the best. All I worry is my friend (MJ) having a great album. When I started the first song they thought that I'll be like the other producers taking 5 -6 days. No I took 5 hours and finished the first song. So when I finished the first song , they thought I'll do one song because a lot producers spent months on one song. Me I came in did it in 5 hours because I knew I had sounds that Michael made us go sample that was his thing sounds. He made us go in the wilderness and sample, go to his zoo and sample lions . Back in the day when they had stereo decks he made us go out sample sounds. He went out to his zoo in Neverland and sampled wild animals. Well that's another story to tell. There's so much friction and people just don't understand family everyone needs to get this legacy going. Like everyone saying "Elvis is still alive" Well you are killing Michael. Why? I wanted to tell you that all that's going on is all about money and everyone is in it for the wrong reasons. Their intentions are wrong.

Q= How did you feel when you were working on this project.
TR= Listen I did everything under the sun cried, sad. Then I came in one day I said the only thing that would make me feel like Michael is here is that I called his photographer Harrison Funk and asked him to come in and bring all the pictures of Michael. I had pictures all around the studio which you can probably see if we do a documentary. So you'll see pictures of Michael all around the studio so that I can feel like he's in the room with me. That was the only thing to keep me sane and not go crazy because you would hear me on the music hitting the keyboards and tears coming out of my eyes.

Q = do you think conspiracy (asking about the album)
TR= Definitely conspiracy. I cannot say directly say it because I signed a nondisclosure agreement. There has been a conspiracy from A to Z. There are people who are doing this for good because they are doing it for the good of the children. There are people who are stopping it because they think good of the children is not in their best interest. ( He declines to comment about Michael's death and conspiracy ). 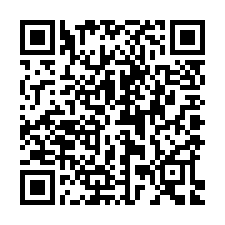