"Hello ,First of all mmm anyway l'm ....please let me say ,l really don't like
to talk that much ,l really don't hehe ,l prefer to perform than talk, you
know let me say this ,the tradition of great performers from Sammy davis
jr ,James brown ,to Jackie Willson ,to Fred Astaire ,Gene Kelly ,the story is
usually says the same though,these guys worked really hard ,and they're
crabbed ,but the story ends the same ,they usually are broken ,torn ,and
usually just sad and the story is very sad in the end ,because the
companies take advantages of them ,they really do.

And being the artist that I am, at Sony I've generated several billion dollars for Sony, several billon. They really thought that my mind is always on music and dancing. It usually is, but they never thought that this performer - myself - would out think them.
So, we can't let them get away with what they're trying to do, because now I'm a free agent. I just owe Sony one more album. It's just a box set, really, with two new songs, which I've written ages ago. Because for every album that I record, I write - literally, I'm telling you the truth - I write at least 120 songs every album I do. So I can do the box set, just giving them any two songs.
So I'm leaving Sony, a free agent, owning half of Sony. I own half of Sony's Publishing. I'm leaving them, and they're very angry at me, because I just did good business, you know. So the way they get revenge is to try and destroy my album. But I've always said, you know, art - good art - never dies. Thank you.
And Tommy Mottola is a devil! I'm not supposed to say what I'm going to say right now, but I have let you know this. (Points to crowd). Please don't videotape what I am going to say, ok? Turn it off, please. Do it, do it, I don't mind! Tape it!
Mariah Carey, after divorcing Tommy, came to me crying. Crying. She was crying so badly I had to hold her. She said to me, "This is an evil man, and Michael, this man follows me." He taps her phones, and he's very, very evil. She doesn't trust him. We have to continue our drive until he is terminated. We can't allow him to do this to great artists, we just can't.
I just wanted to let you know, I appreciate everything you've done, you've been amazing. You're so loyal! (Scanning the audience). Diana, everybody, Waldo, all the people here! I love you all. You've been amazing, I love you!
But still, but still, I promise you, the best is yet to come!" 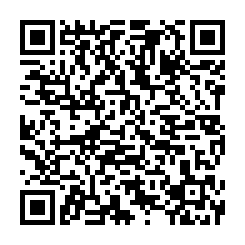