Got this article from my friend and it's so DAMN FUNNY! Flavorwire geniusly made list of the stereotype of each indie bands. I'm so impressed! My favorite ones ( that I also kinda agree with) are The Shins, Bon Iver, Neon Indian and Animal Collective! Read it by yourself and please, don't be offended :p


The XX
Blog enthusiasts who thought wearing a keffiyeha was awesome.

The Yeah Yeah Yeahs
Girls who bought checkered sneakers in the 8th grade.

TV On The Radio
Politically-correct hipsters.

Grizzly Bear
People who think that world hunger could be assuaged with four part harmonies.

Micachu and the Shapes
Chicks with bad teeth.

Wavves
Dudes who think low production value is “authentic” and would go down on Todd P.

Joanna Newsom
People who have considered befriending a squirrel.

Devendra Banhart
People who have considered becoming a squirrel.

Animal Collective
Guys who make “Best of the Year” lists in January based predominantly on “feeling.”

The Antlers
Boys who enjoy crying more than their girlfriend.

Vivian Girls
Girls who purchase a guitar, buy flannel from the Salvation Army, wear glasses that they don’t actually need, and still can’t get the guy.

Vampire Weekend
Bros who try to make out with girls at concerts by relating to them via old Nickelodeon shows. “Remember Pete & Pete??”

Death Cab for Cutie
Girls who quote lyrics as their Facebook status.

She & Him
People who hate Ben Gibbard.

Washed Out
Those who comfortably accept chillwave as a genre.

Memory Tapes
Those who comfortably accept chillwave as a lifestyle.

Tegan & Sara
Lesbians and guys who firmly believe that when there are two girls on stage together, there is a 63% chance of them making out.

Ra Ra Riot
Girls who got their boyfriends to watch Me and You and Everyone We Know.

Bat for Lashes
Girls who wear leggings outside of ’80s-themed parties.

Japandroids
Guys who only read Pitchfork for the ratings and haven’t showered in at least two days.

Kimya Dawson
Chicks who are described by their girlfriends as “sweet” and “really nice” when guys ask if their friend is hot.

Girls
Anyone who thinks The Catcher in Rye is the greatest book of all time.

Antony and the Johnsons
Guys who still cry every time they watch Bambi.

Here We Go Magic
Guys who are ‘over’ Grizzly Bear.

Justice
Bros who, at one point in their lives, have tried to grow a mustache.

Wilco
Guys who go to concerts to relax.

YACHT
Someone who, if presented with the opportunity to join a cult, would most definitely join that cult.

Ratatat
Boys who think Ocarina of Time is the greatest game ever made.

CSS
Girls who throw up at every party.

Woods
Indie dudes who wear beanies and you can see the front of their hair pulled back beneath it.

Dirty Projectors
People who like way too many toppings on their pizza.

Interpol
Dudes who are thwarted by the Chinese finger trap every single time.

Black Lips
Guys who don’t get jobs because their potential employer discovered photos of them bro icing on Facebook.

Fucked Up
People who wish they could mosh with Shrek, Snorlax, and Lenny from Of Mice and Men.

Wolf Parade
People who throw a shitfit when someone suggests that there are too many indie bands named after animals.

Surfer Blood
That sweaty dude in the mosh pit who referred to your girlfriend as “Baberaham Lincoln.”

Best Coast
The girl who tries to hook up with that same sweaty dude by bragging about her cat.

The National
Dudes who would rather play chess than Hungry Hungry Hippos: The Drinking Game.

Ninjasonik
Guys who are always worried they accidently impregnated their girlfriends.

Crystal Castles
Bitches who think it’s okay to scratch guys who misbehave. And the boys who buy them soy lattes.

Of Montreal
Guys who bought kaliedscopes with their Chuck E. Cheese tickets.

Broken Social Scene
People who fantasize about riding an eight-person, single-gear bicycle to the Brooklyn Bowl.

HEALTH
Guys who lit fires in their backyards before hitting puberty. Then they took up smoking.

Cat Power
Mediocre-looking girls who put Zooey Deschanel as their doppelganger on Facebook.

Iron and Wine
Grown men who always get roped into being the DD for “Ladies Night Out” with their mother and her coworkers from Office Depot.

Sonic Youth
Guys who mistake their blender for a radio.

Modest Mouse
People who expressed legitimate concern regarding the state of humanity when J.D. Salinger died.

The Decemberists
Virgins, not in the name of God, but as a result of valiant attempts to achieve poetic justice.

Fiery Furnaces
Those dicks who still won’t smile, even after you acknowledge their apathy with the “Woah, don’t get too excited!” joke.

LCD Soundsystem
People who are obsessed with their creepy uncles.

The Pixies
Dudes who feel the need to comment on how advanced Ren & Stimpy was whenever someone discusses their love for Lilo & Stich.

Belle & Sebastian
People who have ended their tweets on multiple occasions with #BringBackMessengerBags.

Dinosaur Jr.
Guys who refused to go on Xbox Live with Halo 2 because it eliminated the community aspect of LAN parties.

The Hold Steady
Dads who coach the baseball team, even though their kid sucks.

Feist
Chicks who”didn’t agree with the ending” of (500) Days of Summer.

Elliott Smith
People who felt really bad for Buzz Lightyear when he discovered he couldn’t actually fly. And think Toy Story 3 is a step backwards for Pixar.

Yo La Tengo
Mature men who wish Q104.3 would expand their horizons to alternative old-people music.

Owen Pallett (Final Fantasy)
Guys who use the term “breasts” instead of “boobs” out of respect for their girlfriends.

Beirut
Girls who wish their boyfriend would stop killing the mood by using the term “breasts.”

“Jesus Christ.” (the indie band)
People who wish they thought of Hipster Puppies.

Die Antwoord
Fans of Obama before and after his appearance in the “Whoomp! (There It Is)” video.

Neutral Milk Hotel
People who get where Christians are coming from with the whole “hope Jesus will rise again” thing.

Yeasayer
Guys who have proposed The Holy Mountain as an alternative to watching A Kid in King Arthur’s Court at family get-togethers.

My Morning Jacket
People whose reaction to the Grand Canyon could be summed up as “Eh.” 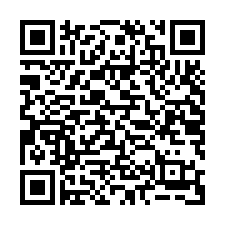