ABC
Title track of the Jackson 5’s second album, issued in May 1970 in the
States and August 1970 in the UK.
Originally titled ‘1-2-3’ and ‘ABCD’ – demo versions known to exist.
Premiered on the American Bandstand TV show in the States, on which
Michael also revealed he was a big Beatles fan.
Appeared on a promotional film sent to concert promoters in 1970, to
let them know who the Jackson 5 were – performance filmed at the
group’s first Motown concert in Philadelphia.
Released as a single in February 1970 in the USA and May 1970 in the
UK. Achieved no.1 in the States on both the Hot 100 (for two weeks),
where it toppled Let It Be by the Beatles, and the R&B chart (for four
weeks). Charted at no.8 in the UK.
10
Outsold the Jackson 5’s debut hit, I Want You Back, and was the no.8
best selling single of 1970 in the States.
Motown celebrated the success of ABC by pressing gold (yellow) vinyl
copies, with an accompanying press release that stated: ‘Because of all
the million selling records we’ve had in the past, none soared beyond
the million mark faster than ABC by the Jackson 5. It did it in less than
12 days!’
Grammy Award nomination: Best Contemporary Vocal Performance
by a Duo, Group or Chorus (the Carpenters took the award, for (They
Long To Be) Close To You).
Featured in ‘It All Started With’, an episode of the Jackson 5 cartoon
series, in 1971.
Following its success, co-writer Freddie Perren confessed the music of
ABC is the chorus of I Want You Back. ‘All we did was take that music
11
and keep playing it, adding a couple of steps to it,’ he admitted. ‘We
cut the track for ABC before I Want You Back was really a big hit!’
Cited by Michael, in the early 1970s, as one of his three favourite songs
he had recorded for Motown, along with I’ll Be There and Never Can
Say Goodbye. Also named by Michael named as one of his three
personal Motown favourites in his autobiography, Moonwalk,
published in April 1988.
Previously unreleased live medley of I Want You Back and ABC,
recorded at the Jackson 5’s Los Angeles concert on 26th August 1972,
featured on the TV soundtrack album, THE JACKSONS: AMERICAN
DREAM, issued in October 1992 in the States and July 1993 in the UK.
Performed by the Jackson 5 on the Carol Burnett Show in 1974.
Salaam Remi’s Krunk-A-Delic Party Mix, on the album MOTOWN
REMIXED in 2005, featured alternate vocals.
Other remixes:
Love Stream Mix – from the album, SOUL SOURCE – JACKSON 5
REMIXES, released in Japan in 2000.
Kubota, Takeshi Remix – from the same album as above.
Readymade Super 524 Mix – from the album, SOUL SOURCE –
JACKSON 5 REMIXES 2, released in Japan in 2001.
12
Justa Roots Rock Mix – from the same album as above; also included
on the Jackson 5 album, SOUL LEGENDS.
DJ Friction Remix.
Sampled by:
Vanilla Ice on Dancin’, from his 1990 album, TO THE EXTREME.
Naughty By Nature on O.P.P. (Other People’s Property) – charted at
no.5 on the R&B singles chart and no.6 on the Hot 100 in the States,
and no.35 in the UK, in 1991.
ABC – I’LL BE THERE – THE LOVE YOU SAVE
Medley of hits the Jackson 5 performed on their own TV special in the
States in 1972.
ABC – THE LOVE YOU SAVE
Medley performed by the Jacksons during the Michael Jackson: 30th
Anniversary Celebration, The Solo Years concerts, staged at New
York’s Madison Square Garden on 7th and 10th September 2001.
ABCD
Early, rejected title for the Jackson 5’s second hit single, ABC.
AFTER THE STORM (THE SUN WILL SHINE)
Unreleased track from the Jackson 5’s Motown era – written by Willie
Hutch.
AIN’T NO MOUNTAIN HIGH ENOUGH
Classic song the Jackson 5 recorded two versions of, one mid-tempo
with a spoken intro (as per the Diana Ross recording), and the other uptempo
– both remain unreleased.
Hit versions:
Marvin Gaye & Tammi Terrell – no.3 on the R&B singles chart and
no.19 on the Hot 100 in the States in 1967.
Diana Ross – no.1 on the Hot 100 and R&B singles chart in the States,
and no.6 in the UK, in 1970. 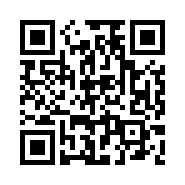