The Apple iPhone is about to hit the market in one of the most-hyped product releases in recent memory. Fanboys across America are getting ready to camp outside of their nearest iPhone sales location so that they can be the first in the nation to give Apple money for this product.


Did you know that it sucks?

Here are some reasons why:

2. Those who want to buy one must sell their soul to evil mega-corporation AT&T.

5. Initial reports indicate that YouTube is slow and crappy using cellular network internet/EDGE. It’s nothing like in the commercials.

6. You cannot remove its battery. Thanks for replicating one of the biggest complaints about the ipod, Apple!

7. The glass touch screen of the iPhone guarantees that thousands of customers who drop their phones will have cracked screens.

8. The touchscreen keyboard sucks, according to those who have used the phone.

10. The camera has little or no options, and the pictures it takes aren’t very good.

11. It lacks proper support for Flash websites. So much for the internet.

13. “Pinching” pictures to zoom might look neat in commercials, but many reviewers are saying it actually sucks.

17. It doesn’t work under 64-bit Windows XP / Windows Vista!!!!!!! Thanks for not including that in your Windows System Requirements, Apple!

18. It only allows for a maximum of 1 picture to be attached to each e-mail you send.

19. It doesn’t have a file browser/organizer.

21. You can not save documents on it: documents can only be viewed as attachments when they’re sent to your e-mail address.

23. Its “quick list” dialing sucks compared to traditional speed dialing, which it lacks..

24. Long activation waits: many new iPhone users are reporting that they are being told to wait hours or even days to activate service for their phone. Thanks, AT&T!

25. Heat issues: the iPhone can get very hot when it is in use.
26. Deceptive Ads: Apple has been using models with gigantic hands in their advertisements for the iPhone in an effort to trick consumers into believing it is more compact.

27. Many of the positive press reports about the iPhone are influenced by newspapers and TV networks that simply want to profit from the hypefest, or even worse, reporters who are looking to sell books about the iPhone. 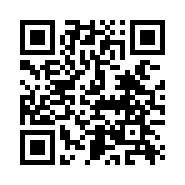