The King of Pop may have passed away, but he continues to influence music and culture.
Which stars had the biggest year? All this week, we've been unveiling our Top 9 men and women of 2009, and now we are down to the top spot.

Where were you when you heard the news? It's a question reserved for only the biggest of moments, and it's usually not asked fondly. And that was the case with the death of Michael Jackson, an event that stopped the world in its tracks.

That's not hyperbole, either. Jackson's death on June 25 was a global event, bringing traffic in Times Square to a standstill, turning London's O2 Arena — where he was scheduled to hold a 50-show residency — into an impromptu memorial site, filling the streets of Paris, Berlin and Dakar, Senegal, with mourners. His fans gathered because they didn't know what else to do — so deep was their grief that they sought out the solace of strangers, their only connection the undying devotion to a man and his music, both of which, on one solemn day, disappeared forever.

It was an awful tragedy. Jackson's legacy — not just his music or his effortless showmanship, but his charitable work too — extended to every corner of the earth, reached places even the United Nations dared not tread. Even as his popularity waned here in the States (and waned is a relative term, considering, even though he hadn't released an album of new material in nearly a decade, his catalog still sold millions each year), he remained the most famous man on the planet, a near-deity seemingly lifted from the pulpy pages of a Siegel and Shuster comic, or, perhaps more correctly, a Greek tragedy.

Because, no matter how famous he became, no matter how many lives he touched, Jackson's life was shaped by sadness. He grew up under the authoritative rule of his father, he found immeasurable fame by the time he was a teenager and, really, he spent the remaining four decades of his life under the glare of the spotlight. Jackson never knew solitude; he was dogged by the media and surrounded by so-called "advisors" who didn't have his best interests at heart. There were the accusations of molestation, reams of hurtful press, rumors of everything from hyperbaric chambers to the bones of the Elephant Man.

If there was one good thing to come from Jackson's death, it was that all of those things ceased to matter. Finally, fittingly, the man was remembered for his work. Fans — not just nameless men and women but celebrities, musicians, even heads of state — paid tribute to his achievements in music, dance, music videos and charity. His hits were sung on stages and street corners around the world, his dance moves replicated online and on the screen. He was lauded as a pioneer, the first black megastar of the MTV era, the man who took funk, R&B and disco and made it accessible to white America.

We traced his legacy — his talent was so great that others (like Mariah Carey and Fall Out Boy) turned his hits into hits of their own. We watched in astonishment as his old albums re-took the upper reaches of the charts, and we looked back fondly on his many music videos — star-packed events that made the impossible seem possible. Stars from across the musical spectrum — everyone from 50 Cent and Jamie Foxx to Sheryl Crow — lined up to pay homage to the man. At the 2009 MTV Video Music Awards, Madonna gave a heartfelt speech and Usher, Carey and Stevie Wonder, and was watched by some 31 million people in the U.S. alone. There was "This Is It," a feature-length film detailing the rehearsals for his O2 dates that earned more than $200 million worldwide. And there were the questions ... about the doctors he surrounded himself with in his final days, about the demons that haunted him, about the very nature of his death. Such are the kinds of things that can be expected when you're dealing with the most famous man on the planet.

But for all the questions, there was one certainty: Michael Jackson was one of the all-time greats, the likes of which we'll probably never see again. A man so big his death could stop the world. He was an innovator. He was a hitmaker. He was a pioneer. He was the unquestionable King of Pop, now and forever. Sometimes, we don't know what we've got until it's gone.

Which stars had the biggest 2009? Our list is based on factors like music sales, box-office performance, MTVNews.com headlines and traffic, overall reach (crossover singles, appearances in movies, licensing of songs for commercials, clothing lines, etc .), plus X-factors like "impact" and "buzz. " (And no, President Barack Obama didn't make the list — we left that to the folks at Time.) This is by no means an exact science, but we think the list we've put together represents the men and women who helped make 2009 the most exciting and memorable 12 months in recent history.

As always, we want to know what you think, so weigh in with comments below, or upload them to Your.MTV.com! 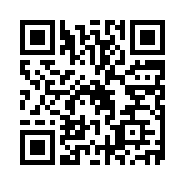