The President. Well, isn't this a thriller? [Laughter] I'm delighted to see all of you here today. We haven't seen this many people since we left China. And just think, you all came to see me. [Laughter]

No, I know why you're here, and with good reason -- to see one of the most talented, most popular, and most exciting superstars in the music world today -- Michael Jackson.

And, Michael, welcome to the White House. I hope you'll forgive me, but we have quite a few young folks in the White House who all wanted me to give you the same message. They said to tell Michael, ``Please give some TLC to the PYTs.'' [Laughter] Now, I know that sounds a little off-the-wall, but you know what I mean. [Laughter]

And, Michael, I have another message from our fans in the Washington, DC, area. They said, we want you back. So, when you begin your greatly awaited crosscountry tour, will you please be sure to drop off here in the Nation's Capital?

Well, down to business. We're gathered here to mark the progress of a shared endeavor and to commit ourselves to an even greater national effort, as Elizabeth told you. On April 14th of 1982, I created a Presidential Commission on Drunk Driving. And since that date, real progress has been made. States have passed tougher laws, arrests and enforcement have been stepped up, and citizens across our country are taking a stronger stand against the tragedies caused by drinking and driving.

Another milestone resulted in the Commission's work -- the creation of a National Public Service Campaign to make more Americans aware of solutions to this national problem. Our campaign will marshal the power of the media, with the help, as you've been told, of the Advertising Council, our Private Sector Initiatives Office, and the Department of Transportation, under the strong leadership of Secretary Elizabeth Dole. This private sector-government partnership brings a message to young people that will touch many lives and change them for the better.

Today we recognize all these fine efforts of voluntarism by the Commission members as well as those of the Ad Council. Helping one another for the good of this country and its citizens and without concern for reward or payment, this is the heart of America -- strong, good, and true.

I want to recognize another volunteer effort made for the good of our country, especially our nation's youth, and it is, as you've been told, none other than Michael Jackson's effort.

At this stage of his career, when it would seem he's achieved everything a musical performer could hope for, Michael Jackson is taking time to help lead the fight against alcohol and drug abuse.

Michael, you've made it possible for us to warn millions of young Americans about the dangers of drinking and driving. You've done this with your music you've provided to the public service messages as well as through your own personal example. And thanks to your help, Michael, young people from virtually every family in America will hear these messages on television and radio. And they will hear them at one of the most criticial times of the year, when graduations and vacations are fast approaching. Thanks to your help, lives will be saved. And no one can put a dollar value on the precious life of one boy or girl.

Michael Jackson is proof of what a person can accomplish through a lifestyle free of alcohol or drug abuse. People young and old respect that. And if Americans follow his example, then we can face up to the problem of drinking and driving, and we can, in Michael's words, beat it.

Nancy spends a great deal of her time with young people talking about the problems of drug and alcohol abuse, so I speak for both of us when I say, thank you, Michael, for the example that you're giving to millions of young Americans who look up to you.

And let me just say as one who spent a certain part of his life in the entertainment business, what Michael Jackson has achieved is a tribute to 20 years of hard work, energy, tireless dedication, and a wealth of talent that keeps on growing. Your success is an American dream come true.

And now, if you'd permit me, I would like to present you with this award. And I would like to read what it says: ``To Michael Jackson, with appreciation for the outstanding example you have set for the youth of America and the world. Your historic record-breaking achievements and your preeminence in popular music are a tribute to your creativity, dedication, and great ability. The generous contribution of your time and talent to the National Campaign Against Teen-age Drunk Driving will help millions of young Americans learn that drinking and driving can kill a friendship.''

Note: The President spoke at 11:01 a.m. on the South Lawn of the White House. 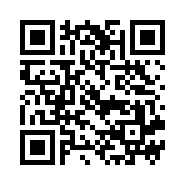