Jackson's fans have already been paying tribute to the King of Pop
Michael Jackson, one of the most successful pop musicians of all time, has died after suffering a cardiac arrest in his Los Angeles home. Jackson sold over 750 million albums in his sometimes controversial career.

The 50 year-old "King of Pop" was rushed to the nearby UCLA Medical Center, and County Coroner Fred Corral said he was unresponsive and pronounced dead soon after. Medical officers are now conducting an autopsy to check for toxicology or other problems - with results set to be published later on Friday.

Born in 1958 in Gary, Indiana, Jackson became a child star as a member of the Jackson Five. As an adult, Jackson moved on to a successful - and often controversial - solo career. This career peaked with his 1982 record "Thriller," which is the best selling album of all time.

In later life Jackson struggled with a series of court cases and allegations about his private life, damaging his career and his financial situation, but he reamined a popular character with an enormous fan base.

At the time of his death he had been preparing for a 50-concert run in London that was meant to rejuvenate his career, and secure his financial future. 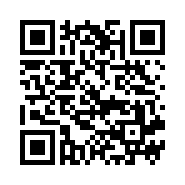