Michael Jackson was one of the world's most high profile celebrities and yet he endeavoured to live his private life in near secrecy. Here are 20 things you might not know about the King of Pop. 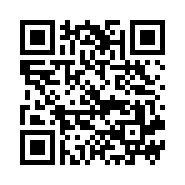