HOLLYWOOD (CNN) -- The food company executive whose bright idea put left-over turkey on an aluminum tray and called it a "TV dinner," was honored in Hollywood Tuesday as part of the 45th anniversary of Swanson's original frozen meal.

Outside Mann's Chinese Theater, 77-year-old Gerry Thomas placed his handprints in a block of cement, along with an imprint of the Swanson brand's classic three-compartment dinner tray. The cement slab will go on display at Swanson's corporate headquarters outside Philadelphia.

The coupling of television viewing with a convenience meal was hailed by Hollywood's honorary mayor, Johnny Grant, who called it, "the longest running television hit that until today hasn't been properly recognized."

At its debut in 1954, Swanson's TV dinner was embraced by consumers who were excited over television itself, which was still a new medium. And the rest is history, as consumers gobbled up more frozen convenience foods year after year to make it a $4 billion industry today.

Swanson, which is now part of Campbell Soup Company, ranks fourth in the frozen food market, behind Nestle, which makes Stouffer's and Lean Cuisine brands. But for the TV dinner anniversary, Swanson plans to launch 10 new products. The company will again use the term, "TV dinner," on its packaging, and plans a nationwide sweepstakes.

Forty-five frozen meals will be produced using the old style aluminum tray, which was long ago replaced with microwaveable packaging. Lucky recipients of the aluminum trays could win the obviously appropriate grand prize, a big screen TV.

Swanson executives say they hope the new products and anniversary publicity will reheat their sales of frozen meals. "It's been a neglected brand for a number of years," said Murray Kessler, president of the Swanson frozen foods division.

A brownie or cobbler desert still comes in its individual compartment and the turkey -- complemented by potatoes, corn and green beans -- still has a gooey cranberry concoction at its side.

"It's part of American culture," Kessler said at the company's headquarters. "We're proud of who we are."

"It was a case of necessity being the mother of invention," Thomas said.

The idea of packaging the surplus as an entrée for a frozen meal dawned on Thomas, then 30, during a business trip to Pittsburgh, where he saw a box of single-compartment metal trays being tested by an airline.

Thomas, who didn't even own a television of his own at the time, saying, "We couldn't afford it," coined the term "TV Dinner" as a marketing gimmick.

The Associated Press and Reuters contributed to this report. TV DINNERS In 1954 C.A. Swanson & Sons introduced the first TV dinner, it was roast turkey with stuffing and gravy, sweet potatoes and peas. It sold for 98 cents and came in an aluminum tray, so you could just open the box and heat the dinner in the oven. (No microwave ovens back then). Supposedly executive Gerald Thomas came up with the idea when the company had tons of leftover turkey from Thanksgiving. The idea for the aluminum trays came from the trays used by airlines. They were an immediate success, and Turkey dinners are still the most popular Swanson frozen dinner. Swanson stopped calling them TV dinners in 1962. Campbell Soup Company, owner of Swanson, replaced the aluminum trays of Swanson frozen dinners with plastic, microwavable trays in 1986 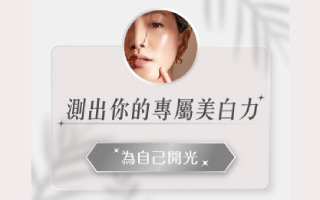 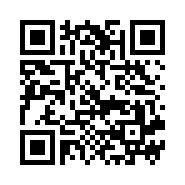