The time has come, as it must for all labels, for the word metrosexual to fade into the dustbin of history. Now this media-driven group of men must step aside as sensitive-guy icons and make room for the latest in alleged masculine heroes: ubersexuals.

The use of metrosexuality as an identifier, like "Generation X" and, inevitably, "Generation Y," has spread impossibly fast since the term became popular two years ago as a way to categorize straight guys who apply moisturizer, tweeze their eyebrows and get facials.

The new ideal, according to veteran trend-spotting promoters Marian Salzman, Ira Matathia and Ann O'Reilly, as described in their new book, "The Future of Men," is ubersexuality. The word means a "return to the positive characteristics of the Real Man of yesteryear (strong, resolute, fair)," according to the writers, who helped spread the word on metrosexuality in the first place.

Unlike metrosexuals, who the authors now claim risk being seen as "sad sacks" who seem "incapable of retaining their sense of manhood," ubersexuals are confident, rugged and influential.

Clinton, 59, is "a born charmer" with "sexy hands," and he appears "supremely confident." Clooney "appreciates the finer things in life" and he is effortlessly handsome, not finicky. Bono, lead singer of the rock empire U2, has a gruff exterior, and he is "confident and compassionate."

In contrast, metrosexuals are fashion-obsessed: Where is my $5,000 Brioni suit, facial, manicure and pedicure?

The Chronicle did a spot-check of various Bay Area men, and some women, last week to see what they think of the latest alleged zeitgeist/fad.

Here are some of their answers: (Note: The newly unattached -- or is he? -- Gavin Newsom, who seems to qualify for metrosexuality by landing on Esquire's best-dressed list, did not respond to requests for comment.)

-- Joshua Redman. Uber? The 36-year-old jazz saxophonist from Berkeley is the West Coast's most prominent jazz musician. His sweater-and-pants outfit keeps him comfortably fashionable, and he is very well-educated, having graduated Phi Beta Kappa from Harvard and been accepted to Yale Law School, which he rejected to pursue music.

Redman seems ubersexual, but he doesn't identify with the label's top features: confidence and leadership. "I'm self-critical to a fault," he said by phone last week. "And I am in a number of leadership positions, but I don't see myself as a strong leader."

Redman was preparing for his flight to Europe while talking on the phone. He was getting ready to wash his underwear -- only his underwear, he added, which might fit the ubersexual profile because, the authors claim, ubersexuals like to keep clean but they don't spend hours on their wardrobes.

-- Stephan Jenkins. The 41-year-old singer of Third Eye Blind lives in North Beach, and he seems to be a big-time ubersexual, a quick mover with broad masculine appeal to many women and men. The Oakland native was UC Berkeley's valedictorian in 1987, and he recently dated (and might still, if www.StephanJenkins.com is correct), 25-year-old singer Vanessa Carlton. Previous girlfriends include Winona Ryder and Charlize Theron.

"It seems like a marketing ploy," he said by phone last week. "I don't think men need a 'sexual' put next to their names. ... What kind of sexual is the Dalai Lama? I want to be that."

-- Arnold Schwarzenegger. The 58-year-old California governor has ubersexual written all over him, right? He is supremely confident, powerful and fashionable. He gravitates toward strong women (Maria Shriver, notably), and he bonds easily with men, even though he has notorious personal-maintenance predilections, which lean metrosexual.

A call to the governor's office just before the recent special election was met with laughter: "The governor is not available to talk about ubersexuality," spokeswoman Sheryl Main said. "He is on the campaign trail, and he just can't talk about being on a list of ubersexuals."

-- Willie Brown. The former San Francisco mayor, 71, is always sharply dressed, very confident and highly influential. Although he spends a lot on cars and clothes, his machismo definitely puts him on a proposed ubersexual list. In the 1990s he dated Kamala Harris, now district attorney of San Francisco, and he turned that potentially tricky romance, when disclosed, into a Cool Guy success story. And she, a Cool Woman success story. Is that ubersexual or what?

"Being unapologetic is definitely an ubersexual characteristic," Salzman, one of the book's authors, said recently by phone from New York City. "It goes back to confidence."

-- Armistead Maupin. The San Francisco author of the best-selling "Tales of the City" series and other award winners has become a literary giant, an openly gay author whose appeal to many readers makes him seem ubersexual. At 61, he's finishing a novel called "Michael Tolliver Lives."

When asked his thoughts on the ubersexual label, he laughed. "It's absurd. Are there any gay men on the authors' list? No. She (co-author Salzman) implies that homosexuals are naturally excluded from the list." Indeed, the authors claim that ubersexuals "don't invite questions about their sexuality," and the list does not include an openly gay man.

"The list," Maupin added, "seems to suggest that gay men cannot be strong and masculine and sensitive and self-determined."

Salzman responded last week in defense of the label. "I don't think sexual orientation has anything to do with (the label's definition)," she said. "Ubersexuals have complete comfort with gay men."

"That's the funniest thing I've ever heard," responded Maupin when told of her comment.

-- Robert Mailer Anderson. The San Francisco author of "Boonville" appears, you might say, ubersexual. He holds leadership positions in the Bay Area, serving on the boards of the San Francisco Opera and the San Francisco Jazz Organization, and he has s a big fan base in the literary scene. Anderson sports a jaunty hat, and has a sharp jawline and penetrating eyes. But like Maupin and Jenkins, he can't stand the ubersexual label.

"It's kind of offensive," Anderson said recently. "It's just another way to sell the next fashion book."

He finds the category's male-centeredness troubling as well: "Women should be included on that list too, like Nancy Pelosi, Dianne Feinstein, Barbara Bush, Hillary Clinton and Gavin Newsom's wife, Kimberly Guilfoyle."

Anderson dislikes the label's presumption of wealth. "It's a class bias," he said. "Not everyone can afford the clothes to be ubersexual or metrosexual. Nobody on the authors' list is poor."

Anderson, 37, no stranger to high living these days, grew up wearing his grandfather's clothes, a "working-class" '40s style that includes baggy pants, a hat and boots.

-- Marcus Shelby. The 39-year-old jazz bassist lives in San Francisco and appears regularly at Bruno's, Cafe Royale, Intersection for the Arts and other music venues in a three-button suit with small lapels and 1/4-inch cuffs. But he resists the new catchphrase.

"I'm blushing," Shelby said recently. He aspires to a wardrobe that "pays homage to Duke Ellington," he added. "When I think about the way Duke Ellington dressed, and his style, from the dignity of his music to the type of shoes he wore, it's really inspirational." Ellington spoke, played and walked with elegance, said Shelby, who is broadly educated, having worked as a rocket scientist before going into music full time.

-- Jon Jang. The San Francisco pianist, 51, is another candidate for ubersexuality. A leader in the arts community, he served on the Ford Foundation's creativity committee in the '90s, and he is now composing his first symphony, about Chinese railroad workers in California who were denied American citizenship in the 1800s.

Jang's wardrobe runs from T-shirt and jeans to Shanghai Tang two-piece suits, which he wore during a meet-and-greet with China's former President Jiang Zemin.

"One of the most inspiring cultural icons who fits that ubersexual description is Paul Robeson," Jang said last week. "There was a power about Robeson, and a sensitivity and a confidence."

-- Po Bronson. The 41-year-old is author of groundbreaking techie works including "The First $20 Million Is Always the Hardest" and "The Nudist on the Late Shift," and more recently, the self-help books "What Should I Do With My Life?" and "Why Do I Love These People? Honest and Amazing Stories of Real Families," among others. He is co-founder of the Grotto, a path-breaking San Francisco literary group. He's got a chiseled look and magnetic confidence that embody ubersexuality, by the authors' definition. Bronson, who plays soccer regularly, does identify with the category -- but not the word.

"It's a terrible term," he said bemusedly. "It seems like the authors are trying to romanticize the Marlboro Man image -- even though in fine print they're trying to have it both ways.

"In San Francisco," he added, "there's room for all sorts of sexuality."

So, how do Bay Area women, of all ages, consider the alleged ubersexuality trend?

"If ubersexual means alpha male with a heart, it's all good," said Julia Paiva, founder of Table for Six, a matchmaking service that since 1997 has inspired more than 700 marriages and has 10,000 members. Singles come to her for relationship advice and roundtable get-togethers at bars and restaurants.

"In the Bay Area," Paiva added, "women want men who are extremely successful but also extremely compassionate. If you have the confidence, you're going to be considered sexy. I hope this is a movement."

Matchmaker Jill Kelleher, of Kelleher and Associates, agreed. "Most of my women say, 'I want a man's man,' " she said. "Women are looking for the uber type."

"I think that distinction is really simplistic," said Hames, dressed in Seven jeans and an orange sweatshirt. "I don't know any girl or boy who's looking for someone who's uber or metro. People want half and half. Personally, I don't care what these authors say."

"With so much other news going on in the world," agreed Meklit Hadero, a 25-year-old San Francisco arts organizer and vocalist, "I'd rather not spend my time thinking about classifications of maleness." 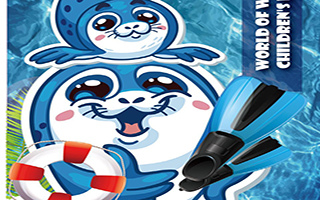 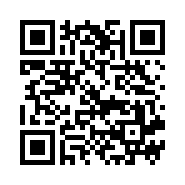